The World Cup Final is just one and a half fitful sleeps away, so it must be time to wrap up this blog series (for now 🙂 ). There is a bundle of other topics that could be discussed, so I’m just going to list a few ideas (from high school physics, to interdisciplinary research, and to science fiction) that will hopefully get you thinking. They’re all areas where the skills we learn in physics classes can play a role. I reckon a good keen physicist could even get their teeth into some of the social science topics that have been highlighted by Massey University researchers.

So here goes, the final round-up:

Figure: Physicist’s impression of an All Black lineout. 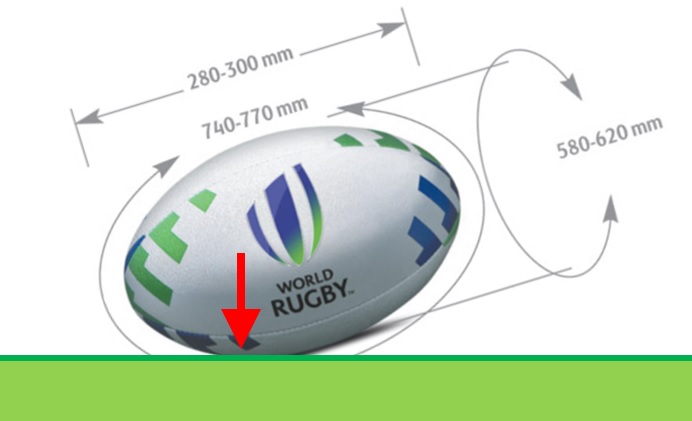 Figure: The ellipsoidal ball (image from World Rugby Laws) might land vertically (red arrow) but so that the reaction force does not act through the centre of mass. 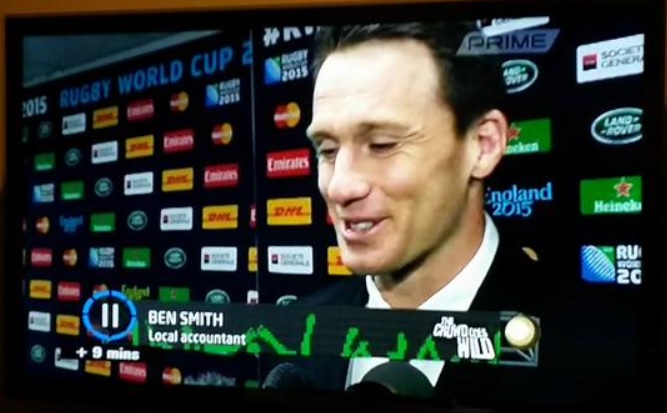 Figure: As tweeted by @JayReeve.

A last thought is that rugby is a sport in which players and teams that rise to the top are persistently innovative, highly analytical, and base their analysis on a strong evidence base. This definitely how the All Blacks operate, and these are also key traits of high-quality science. As scientists in New Zealand, there are certainly things we can learn from our successes on the rugby pitch – if not from talkback radio!

You can leave questions / comments / suggestions here or @GeoffWillmott. Source note: some material is based on the book “The Physics of Rugby” by Trevor Davis Lipscombe (Nottingham University Press).